Today, we shine a spotlight on Alexander Krustev, who has been recognized for “Progress Collaboratively,” one of the ProgressPROUD core values we strive to embody every day.

Alexander Krustev is one of those people who make an impression everywhere he goes, be it with his distinct laughter or his strong personality. Part of Progress’s DevTools division, he currently leads the inside sales and renewals efforts in the EMEA and APJ regions, where his team helps software engineers accelerate their development projects, delivering modern apps and deploying with speed, scale and quality.

Prior to joining Progress, Alex held various sales roles in several global organizations. Some of his notable professional experiences include leading the Google Street View project for EMEA as well as being a co-founder at a startup, which was selected for one of the most renowned tech accelerators in the world. Outside of work, you will find him spending time with his family, sailing and travelling the world.

Tell me about your first steps in the sales world.​

At university I studied European Studies, so I was looking for summer internships and jobs in the field after my first year. However, most of them were related to doing primarily admin work and didn’t include much interaction with others. Meanwhile, I found a work and travel opportunity in the USA that seemed much more appealing and challenging, so I decided to go for that instead. The job was essentially door-to-door sales. You manage everything—you order, sell and deliver. It was tough, especially in the first two weeks, when I didn’t sell anything. But eventually I learned and wanted to do even more. I ended up working for 4 summers. After my first summer I was a student manager and during my last year in the program, I was also a full-time sales manager, which included recruiting people and training them to go with me in the U.S. in the coming summer.

Sounds like you’ve had quite the experience even before graduating university. What was the biggest lesson you learned in the process?​

It taught me that everything is achievable, no matter how tough it may seem, if you put your heart and mind into it. But also, that everything has a cost—the higher you aim, the higher the cost. Sales is a job that can be very emotionally tiring, it takes a lot of focus and energy. After all, you may have said a pitch a hundred times, but your prospect is hearing it only once and there’s no room for compromise.

Prior to joining Progress, you’ve worked at several big companies, but you have some startup experience as well. Tell me more about it.​

It all started at a networking event, where I met my future business partner. We clicked right away, so we kept in touch. He was telling me about his startup idea and then at one point he invited me to come on board and drive the sales for it. At first, I wasn’t quite sure if I wanted to take the risk, as my daughter was still a toddler at the time. But I felt the need to take on a new professional challenge, so I jumped at the opportunity.

With the startup, we were offering an online reputation management platform for hotels and hoteliers. We did a big push in Bulgaria and in some seasonal hotel destinations in Europe and we ended up with about 100,000-120,000 EUR in revenue in the first year. At around that time TechStars Accelerator in Germany, which is famous for accepting 0.7% of the applicants, had just launched a hospitality-specific program in partnership with Metro Group. We went for it and we got in. We ended up spending three months in Berlin meeting with VCs, pitching and understanding what you need to build a great startup. I learned a ton, the business doubled in size, but my partner and I had different views on how we wanted the company to move forward so we eventually went our separate ways.

They’re incomparable. Doing sales for a start-up is almost like selling books door-to door, but a bit more technologically advanced. Yes, you can approach people and sell over the phone, but seeing people face-to-face makes a big difference and can help close deals faster.

What is one piece of advice you would give to a young sales professional?​

The key to closing a deal is to make sure that your prospects see you as a person that they can have a normal conversation with. It’s all about establishing a human connection—nobody likes being pushed into buying. The job of the salesperson is to establish whether there’s a need for the product he’s offering and then help the potential buyer realize that. After all, people love buying, but everybody hates being sold to, so the approach is everything.

I love my team. We are constantly on the phone, but when we’re not, jokes are flying all the time and people are laughing. Sometimes we get too loud for the people around us, but we like it that way and we are grateful that the company culture allows us to be our authentic selves. We are a group of overachievers, always aiming higher, but we also never miss an opportunity to celebrate our wins. When we close a large deal, we would ring an actual gong or pour ourselves a drink at our office bar, for example. 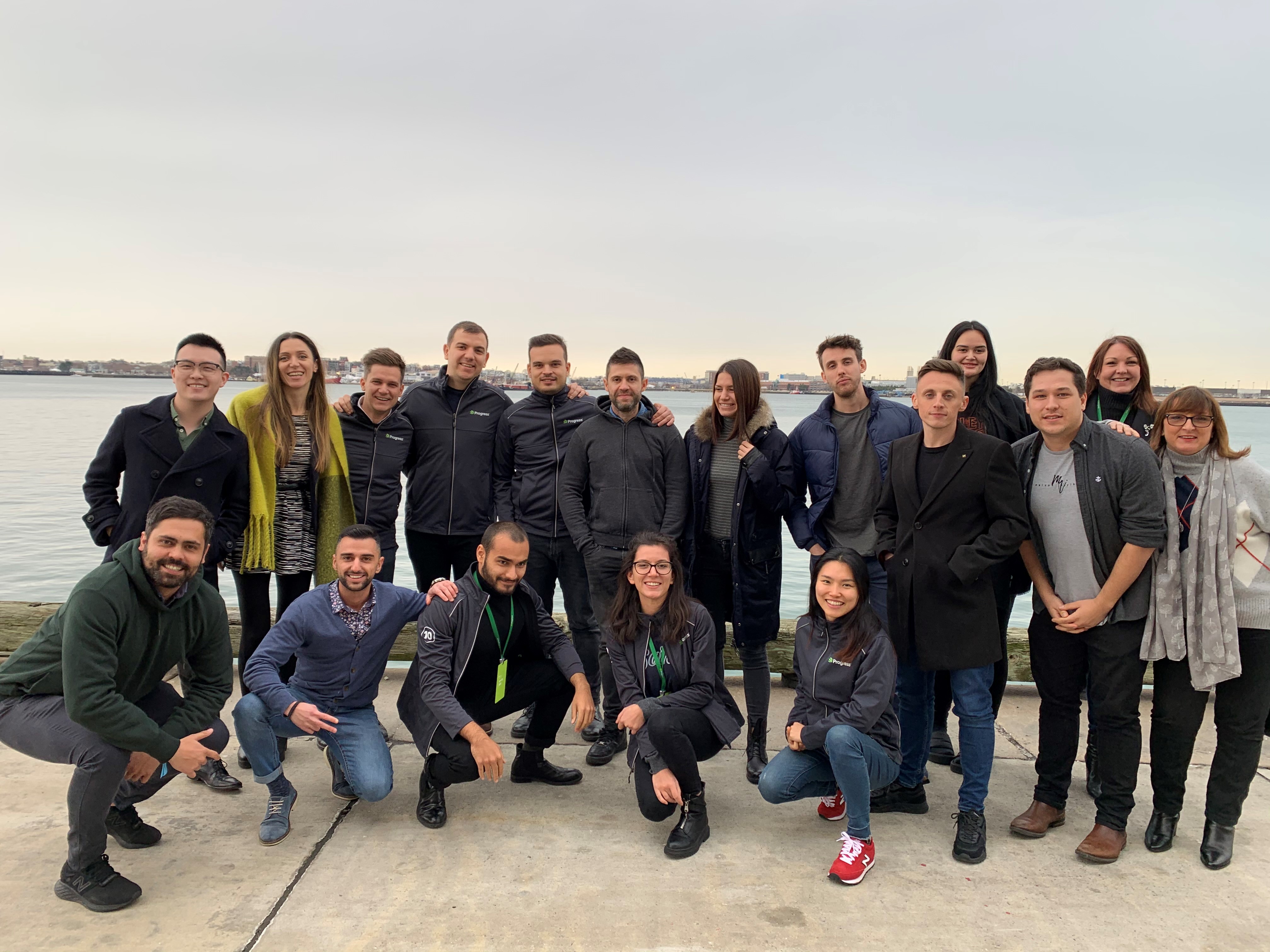 What would you do if you were not doing sales?​

I think I would enjoy being a life coach оr I would work with startups as part of a venture capital firm or being a potential investor. I would still be in the sales game, only in this case I would be the one being sold to, which I imagine would be just as challenging.

To get to know other Progressers like Alex, read more of our employee interviews here.